As you recall, on New Year’s Day, a hawk flew into our chicken coop, and killed
two of our Buff Orpinton chickens, then dragged a Plymouth Barred Rock outside
of the coop and had lunch. A fourth chicken was hurt, and we were not sure if
she would survive.  The rest of the flock hunkered down and hid wherever they could!
The day of the attack, I found Black Head laying outside in the snow with her eyes
closed. All our chickens are tame except for her, and we have never been able to pet
her or pick her up. That day, she let me pick her up and carry her inside. There
were no visible signs or clues of what may have happened to her. We knew she
either had internal injuries or head trauma.
At night Black Head had always slept in one of the top nest boxes, but now she lay
motionless on the floor and was unable to get up onto the rail. That first night I
gently put her in a lower nest box, but I was concerned she may try to get out and
get hurt even more, so I put extra straw in a corner and tucked her in. Instead of
staying inside, she left the shelter of the coop at dusk. I brought her back inside,
so she didn’t freeze to death. After a few days, she didn’t leave the coop at night
anymore, and decided she would sleep in the corner.
Last week, I knew she was finally feeling better because when I tried to pet her,
she skedaddled away from me. This was a good sign. Then last night when we
went to the chicken coop to tuck them in, we saw that she was up on the rail and
had walked into a nest box on her own. I think she is finally back to her normal
self.
Moving forward, we are no longer able to let the chickens roam the entire
vineyard unless we are working in that area and can watch for hawks. But the
chickens can come and go as they please outside into the smaller enclosed area
because it has fencing on top so protects them from future hawk attacks.
We hope once summer arrives the chickens can once again roam the entire
vineyard. With the dense foliage of the grapevines there is lots of cover and
places to hide! 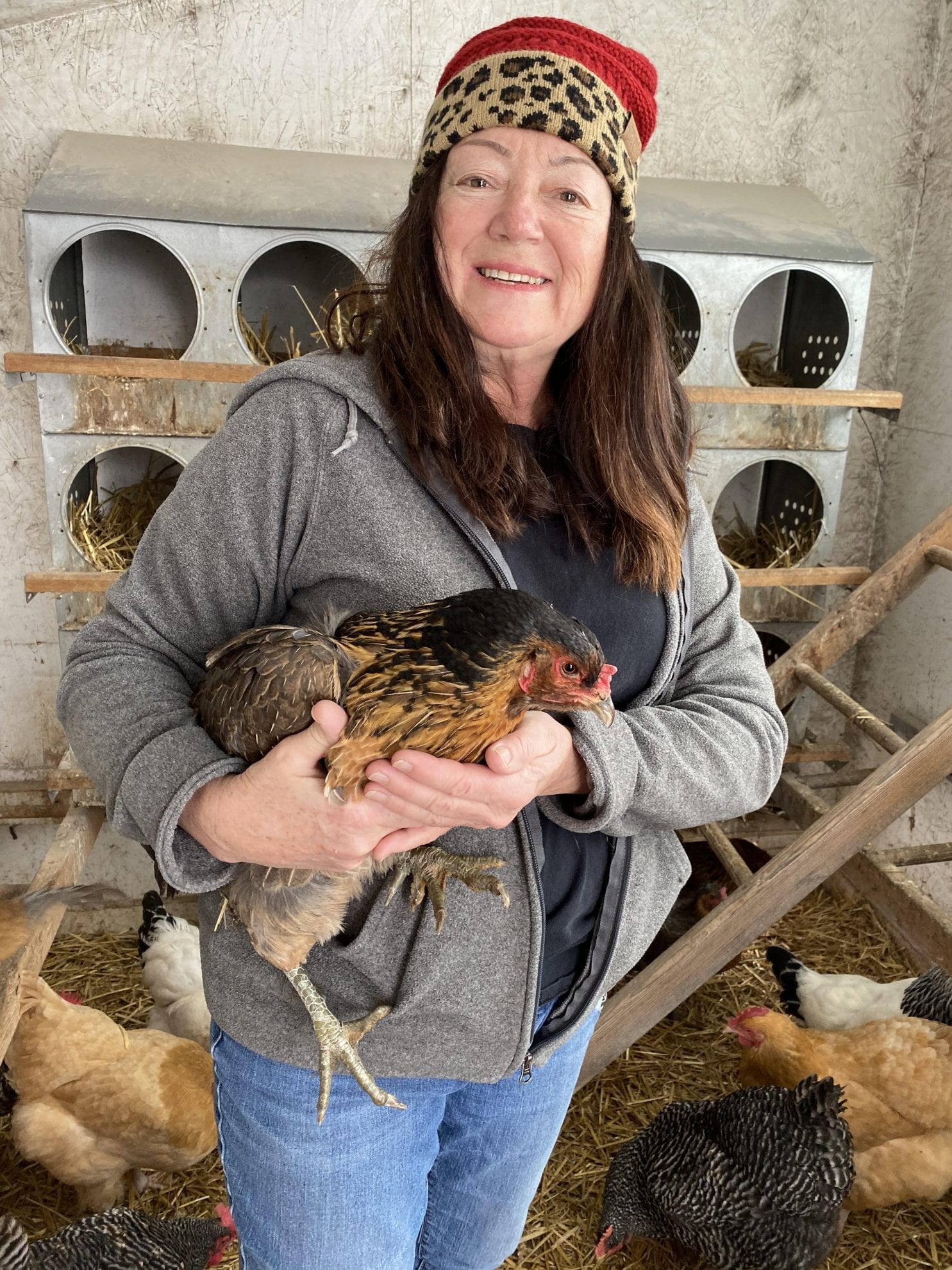 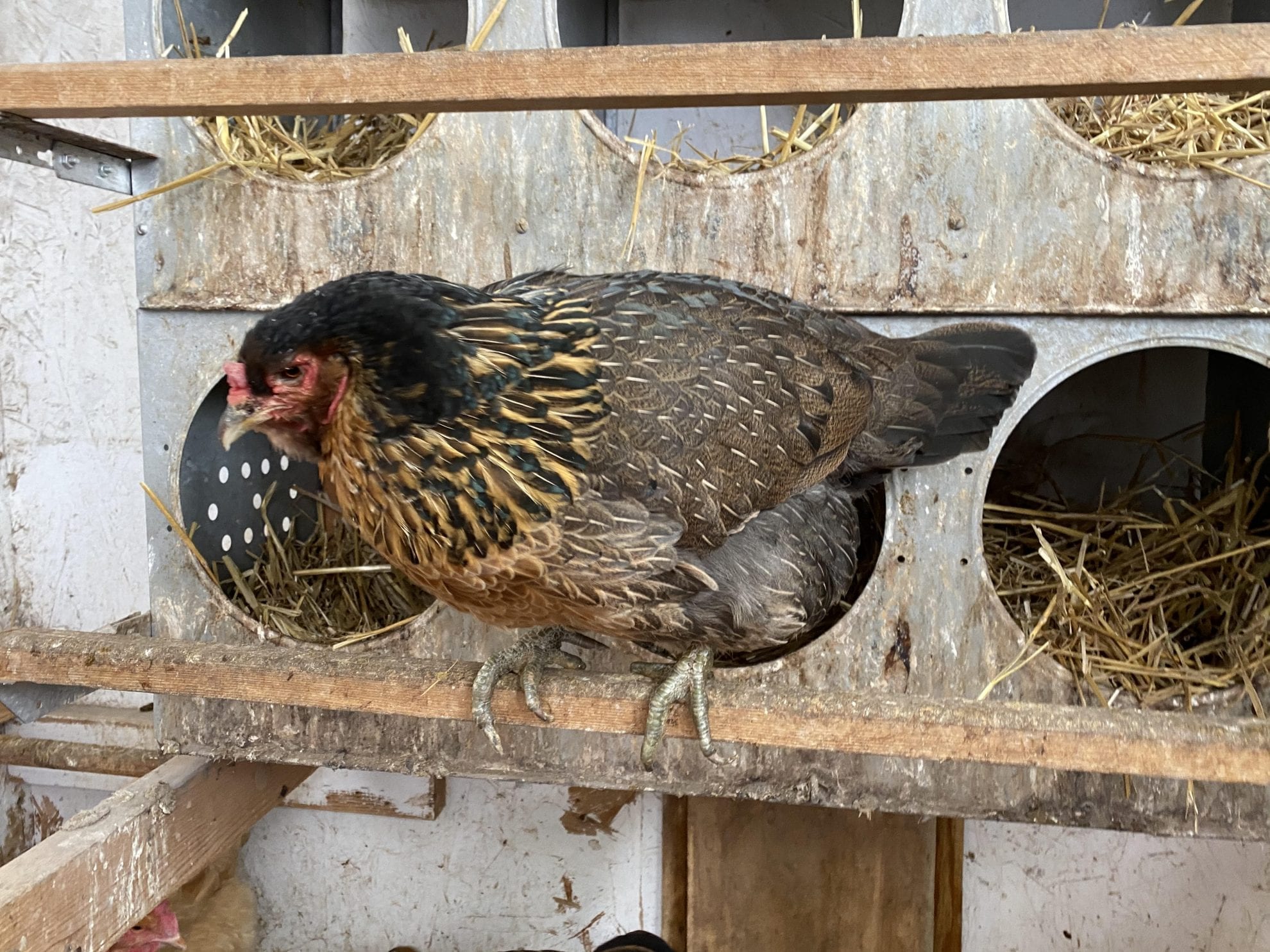 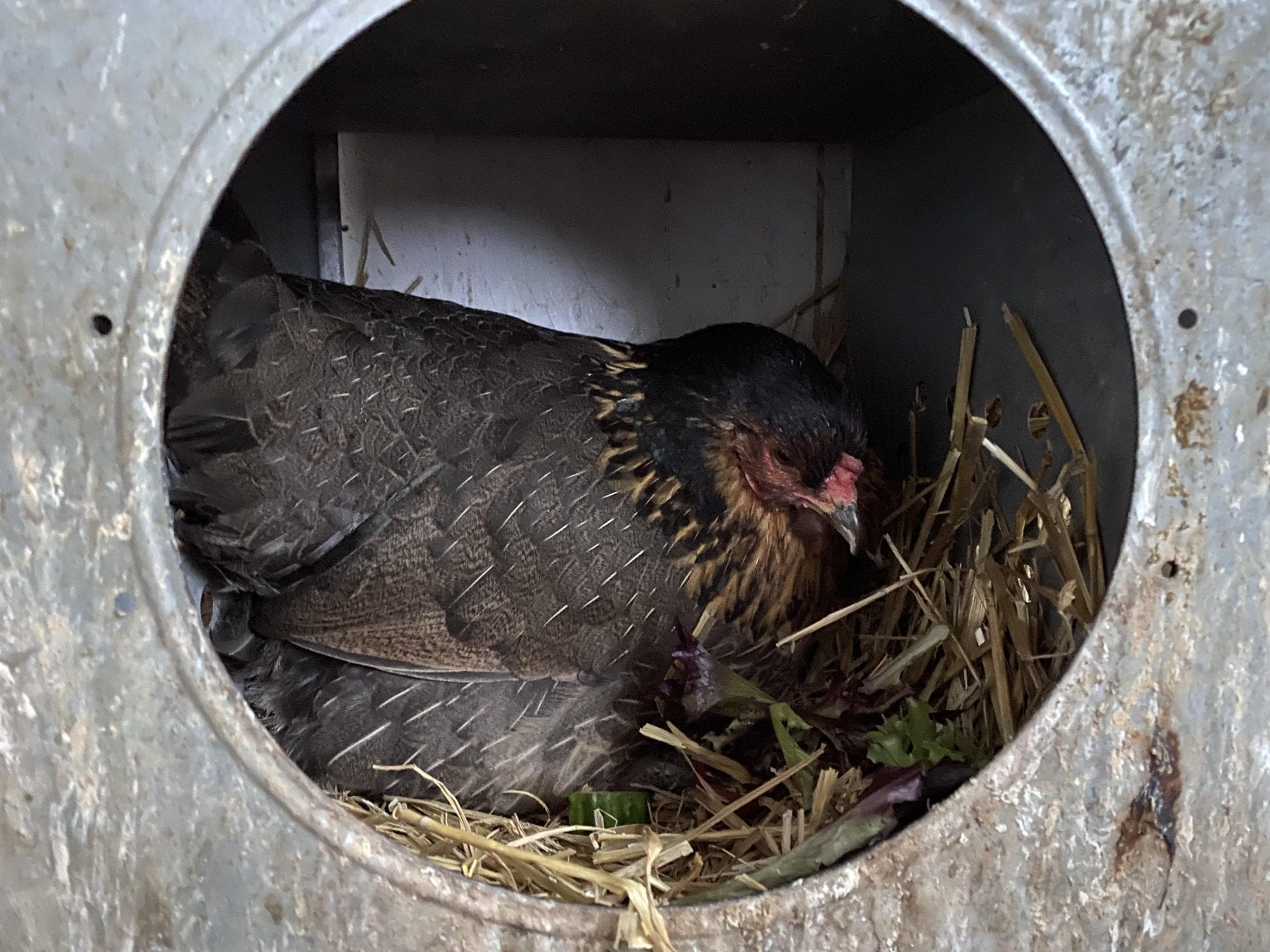